„I don`t believe you ! You are a liar!“, when I first heard the recording from the famous Bob Dylan concert in Manchester 1966, I was astonished. A spectator had called him “Judas!“ showing his disappointment for Dylan going electric. Dylan could have said anything to him but in his anger he called him a liar: somebody who is not telling the truth.

More and better lies  is my first show without interventions with installations in a long time. I will show paintings, drawings and sculptures, all of them produced in the last year – their main characteristic is caricature. Lies are raised into new spheres of quantity and quality, perverting our moral perception, letting us know that comfortable times installed more than 60 years ago are becoming obsolete. The future is presented to it’s shattering extent.“  (Lorenzo Pompa) 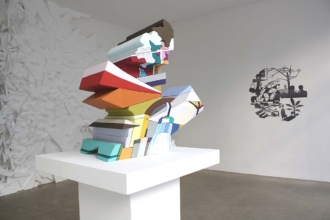 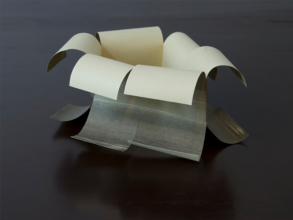 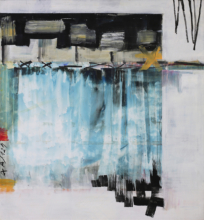